We have been using fabric from prehistoric times, and ever since it has been a fundamental part of our lives.

Fabrics have come an awfully long way from the basic felt items of our caveman ancestors, with dyes and synthetic textiles expanding its properties and uses.

From essential clothing to ostentatiously artistic creations – our universal love of fabric for both adornment and expression has never ceased.

As far as historians can tell the first use of woven textiles, rather than just animal hides, dates back roughly 100,000 years. Discovered in a Neolithic site in Anatolia, these surviving examples of textiles are believed to date from 6500 BC. Made from a very basic form of felt; it would have been produced on a loom and then tied in place.

For thousands of years there were only natural fabrics, name from the fibres of flax, silk, cotton and wool. These fabrics were all produced from renewable and natural sources. 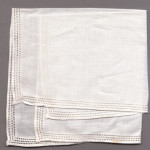 Around 5000 BC, the Egyptians began to produce linen. It was made from wild flax and spun or spliced to make the yarn. The Egyptians used linen to make bandages for mummification and as items of clothing. There are examples of Egyptian wall art depicting pharaohs, such as Neferatar, wearing linen dresses and shirts.

The use of linen grew and spread and by Roman times it became popular to wear linen under other garments. And so it was that by the Middle ages wearing linen in this manner became so popular that the word “linen” became to mean the same as underwear, in fact word ‘lingerie’ is derived from it. 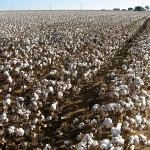 Between 5000 and 3000 BC cotton came into existence. There is evidence that people of ancient China, India and Egypt were spinning, weaving and dying cotton.

By 400 BC India had began to produce cotton textiles on a bigger scale. Records show growers planting out cotton fields and carvings from this time depict cotton rolling machines used to remove the seeds from the fibres.

In 1884 the invention of the power loom brought with it vast improvements to the speed of cotton production.